The Nineties dawned on a Junior League that had contributed more than $2,000,000 and had become even more community conscious than in 1912!  It no longer required an applicant’s pedigree.  It had ventured into the realm of public policy and it numbered 722 strong.

The waning years of the Twentieth Century were times of prosperity, high tech – and, homelessness in our city.  AJLI’s 5th League responded with the Greater Baltimore Shelter Network.  This answer to Baltimore’s scourge set up New Start Furnishings to provide furnishings for countless families.

As the new millennium loomed closer, childcare became an increasing necessity, because more and more mothers were working outside the home.  Baltimore’s Side by Side Day Care Coalition answered this need and Baltimore was one of six other Leagues receiving a Community Impact Award at the Junior League’s Annual Conference in 1991.  By the time the League withdrew from this Coalition, over 150 day care homes had been licensed, providing more than 700 slots for children.

Baltimore also gave untold hours to the cause of battered women and the House of Ruth acknowledged our lobbying efforts for the Battered Spouse Syndrome Bill with a plaque to the Junior League of Baltimore. 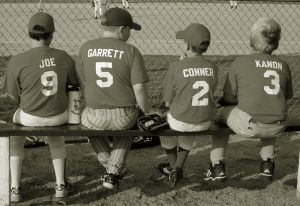 Sustainers, whose members account for about one half of Baltimore’s roster, launched “Tuesdays at the Library” in 1992 to help elementary children with their homework and to occupy them after school.

Our Elder Stateswomen became immersed in PUNCH (Partners for a new Carroll’s Hundred) at Mt. Clare Mansion by assisting in the restoration of the historic zone, which will become a Living History Museum. 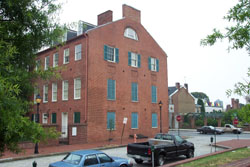 Through the years, the Junior League of Baltimore has been involved in docent programs and the like at many of Maryland’s historic homes – the Carroll Mansion and Hampton Mansion.

As it leaped into the next century, the Junior League of Baltimore continued with its hands-on approach – at the six-year-old Hampden Family Center, one of our most ambitious projects.  The GED classes, senior citizen lunch program, teen time for girls, woodworking shop for boys and other after-school programs provided enrichment for 7 year olds through the senior years.

The Women’s Independent Network (WIN), in conjunction with the House of Ruth and the Women’s Housing Coalition acknowledged our continuing interest in abused women and the Dream Catchers at Port Discovery attested to our perennial involvement with children.

This year, the Junior League of Baltimore begins its 95th year of service to the Baltimore community. We strive to foster self-sufficiency and self esteem in young girls and women in the communities of Govans and Hampden. Our Women’s Mentoring Program works with women from the Waverly Family Support Center to create personal independence plans to prepare them for future independence. In our Youth Literacy Program, JLB members teach middle school girls to mentor elementary school children in a lunchtime reading program. Our Community Projects committee plans and executes one-day community projects, such as the Hampden Holiday Party and the Hampden Health Fair.

Although the tenor of our projects has changed over the years, our emphasis has remained constant-service to the Baltimore community.  Trained volunteers, since the days of Mary Goodwillie, have followed the mission with dedication and continue to make her dream a reality.

The Junior League of Baltimore is an organization of women committed to promoting voluntarism, developing the potential of women, and improving communities through the effective action and leadership of trained volunteers. Its purpose is exclusively educational and charitable.